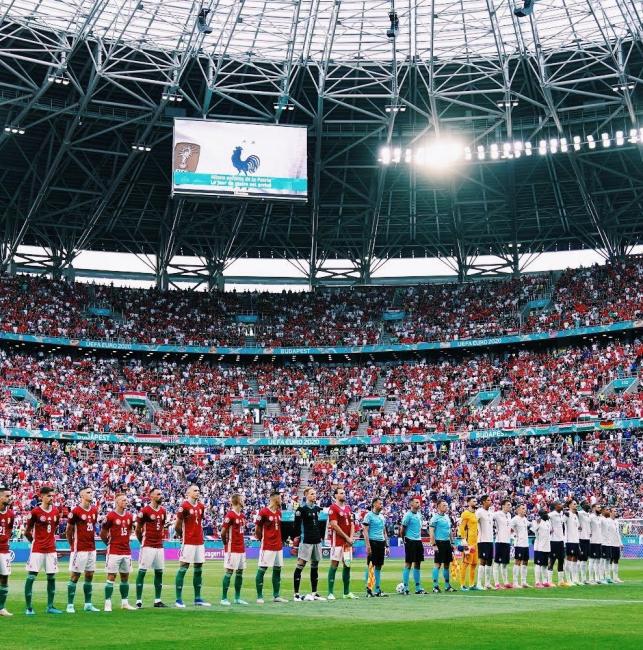 Not only did this year’s UEFA EURO 2020 mark the first time the tournament took place across several different countries, but it was also the first time a major international tournament used predominantly mobile tickets.

This was made possible by UEFA working with SecuTix Solutions to distribute close to 1 million mobile tickets through its blockchain-technology enabled UEFA EURO 2020 Mobile Tickets app.

The challenge was a considerable one, before even considering the pandemic. UEFA EURO 2020 took place across 11 venues in 10 countries, in four time zones, with several different languages, legislations, VAT rates, and across seven different access control providers. To meet the challenge, mobile ticketing was always going to play a key role, but with the pandemic the move to mobile ticketing was accelerated.  An agile, digital system was needed to react to the varying local COVID restrictions, venue changes weeks before the tournament, differing stadium capacity levels and the ever-changing COVID travel restrictions.

The results show that fans of every demographic adapted well to the change to mobile ticketing. For the larger matches at Wembley, more than 95% of spectators in the stadium bowl held mobile, instead of paper, tickets.

More than 860,000 users registered in the mobile app, and 60% of tickets were downloaded to the app within just one hour of distribution.

The UEFA EURO 2020 app worked by generating a unique, secure encrypted ticket for Android and iOS smartphones that is entirely traceable. This removed the risk of counterfeit tickets while simplifying the process of transferring tickets. Using the app, fans with tickets could securely download, transfer, keep, or assign a guest a ticket, at any point. The app was fully translated into 11 languages and it enabled the ticket buyers to transfer in total 560,000 tickets to their guests.

The app significantly helped manage the flow of fans into stadiums, helping to manage safety and efficiency, says Philippe Margraff, Head of Revenue Operations at UEFA. “We extended the app for the Euros to include a new timeslot functionality, visible at the point of stadium access. This encouraged the fans not to arrive all at the same time at the stadium, but to stagger their access across 30-minute time slots, within the three hours before kick-off when the gates opened.” This, he says, was principally to try to minimise COVID contact before spectators were seated in the stadium and ensure correct social distancing.

Separating different strands of ticketing and managing guest lists can be problematic for venues, but the app was extended to handle hospitality tickets, allowing staff at a hospitality welcome desk to register that a hospitality wristband was distributed for premium lounge access.

This real-time crowd analysis can prove transformational for venue managers. Since the app reports back when the ticket is activated at the stadium entrance, UEFA was able to know exactly how many fans were entering each entrance of the outer perimeter and even how many tickets each steward at the outer perimeter is activating in real time.

With 2500 beacons to deployed across 11 venues, UEFA staff supported the local teams to configure and operate the hardware required to activate mobile tickets when fans arrive at the stadiums. In fact, says Caspar Fall:

“UEFA did a very good job training the venues to operate with beacons to activate tickets and beyond the first few matches, they were able to leave the venues to run the system autonomously, with a hotline to address any matchday issues. The number of calls we had for help was ridiculously small. In most venues it was a completely flawless operation.”

The latest from us

Two strokes of luck for SECUTIX: Petra Streffer will be the new Sales Manager and Alexander Titze will fortify the DACH (Germany, Austria, Switzerland) region as Head of Delivery

Surrey County Cricket has confirmed the appointment of SECUTIX as the Club’s new Ticketing Technology Partner, part of a digital transformation agenda across the organisation.

Not only did this year’s UEFA EURO 2020 mark the first time the tournament took place across several different countries, but it was also the first time a major international tournament used predominantly mobile tickets.

SECUTIX partners with The Guinness Storehouse

SecuTix is delighted to officially confirm its status as Ticketing Technology Partner for The Guinness Storehouse, Ireland’s most popular tourist destination.

The Royal Edinburgh Military Tattoo has introduced secure mobile digital ticketing for the first time thanks to a new partnership with SECUTIX. Following a competitive pitch, The Royal Edinburgh Military Tattoo has appointed SECUTIX as its new Ticketing Technology Partner on a multi-year agreement. The announcement marks the first major live entertainment client for SECUTIX in the UK.

END_OF_DOCUMENT_TOKEN_TO_BE_REPLACED

REQUEST A CALL BACK OR DEMO

Find out how our solutions can open your world. Our team are happy to consult with you about your goals or give you a demo of our products and offerings at any time.